The past week saw Bitcoin’s dominance drop from 61.6% to 59.5%, while Bitcoin surged from $10,000 to $10,500 over the same period of time. Bitcoin Cash appeared to be consolidating as traders waited for the market to decide upon a direction. Monero rose past a level of resistance and seemed to have flipped its level from resistance to support. Zcash was also on an uptrend, with ZEC intent on recovering its losses from early-September. 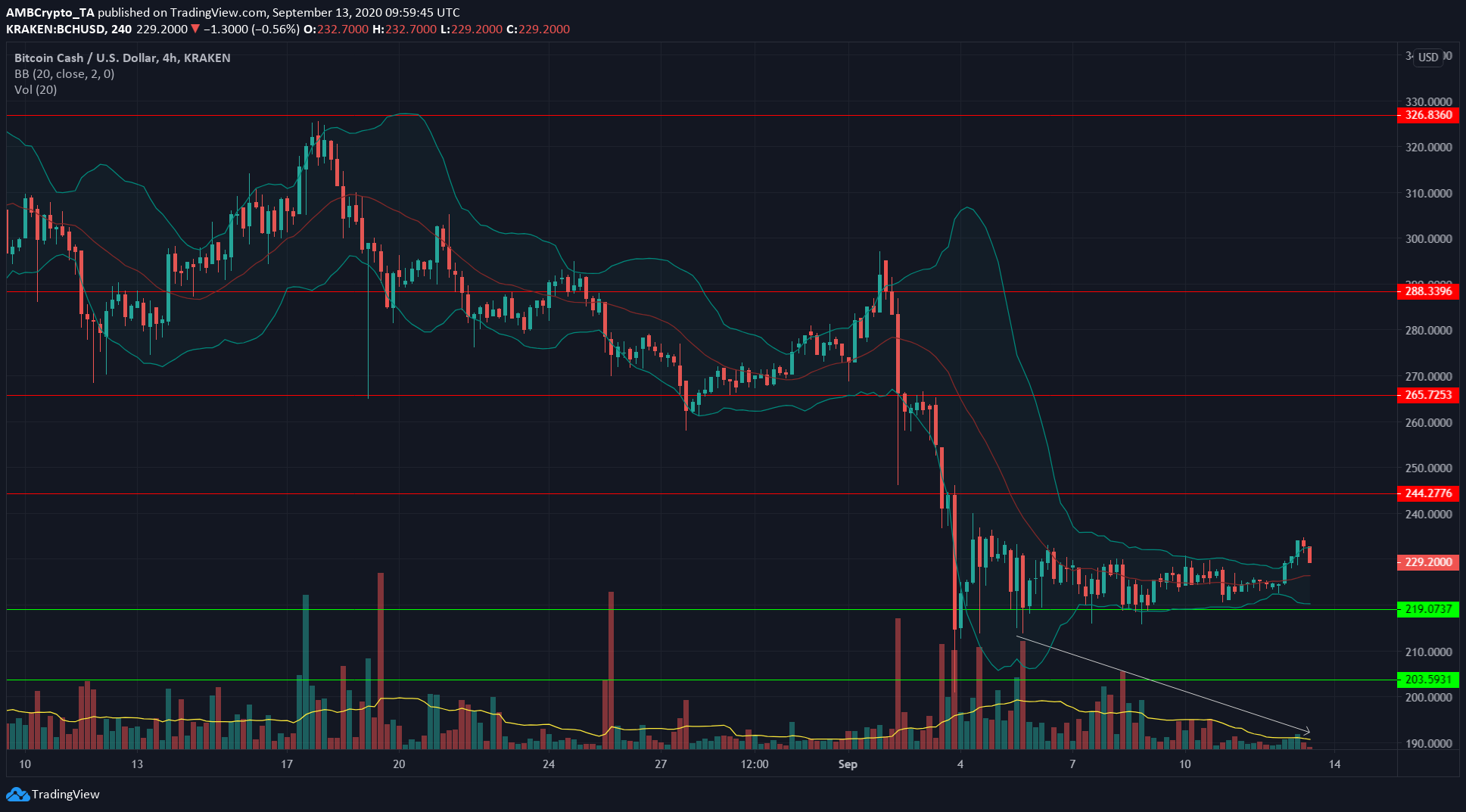 Bitcoin Cash was in a consolidation phase. A few sessions prior to press time, however, the price appeared to have broken out as it moved towards the upper band of the Bollinger Bands. The mouth of the bands was also expanding, but the move had reversed quickly.

As shown by the white trendline, the volume for BCH has been falling for the past few moves. Combined with a constricted pair of Bollinger bands, it can be confirmed that BCH was consolidating on the charts. 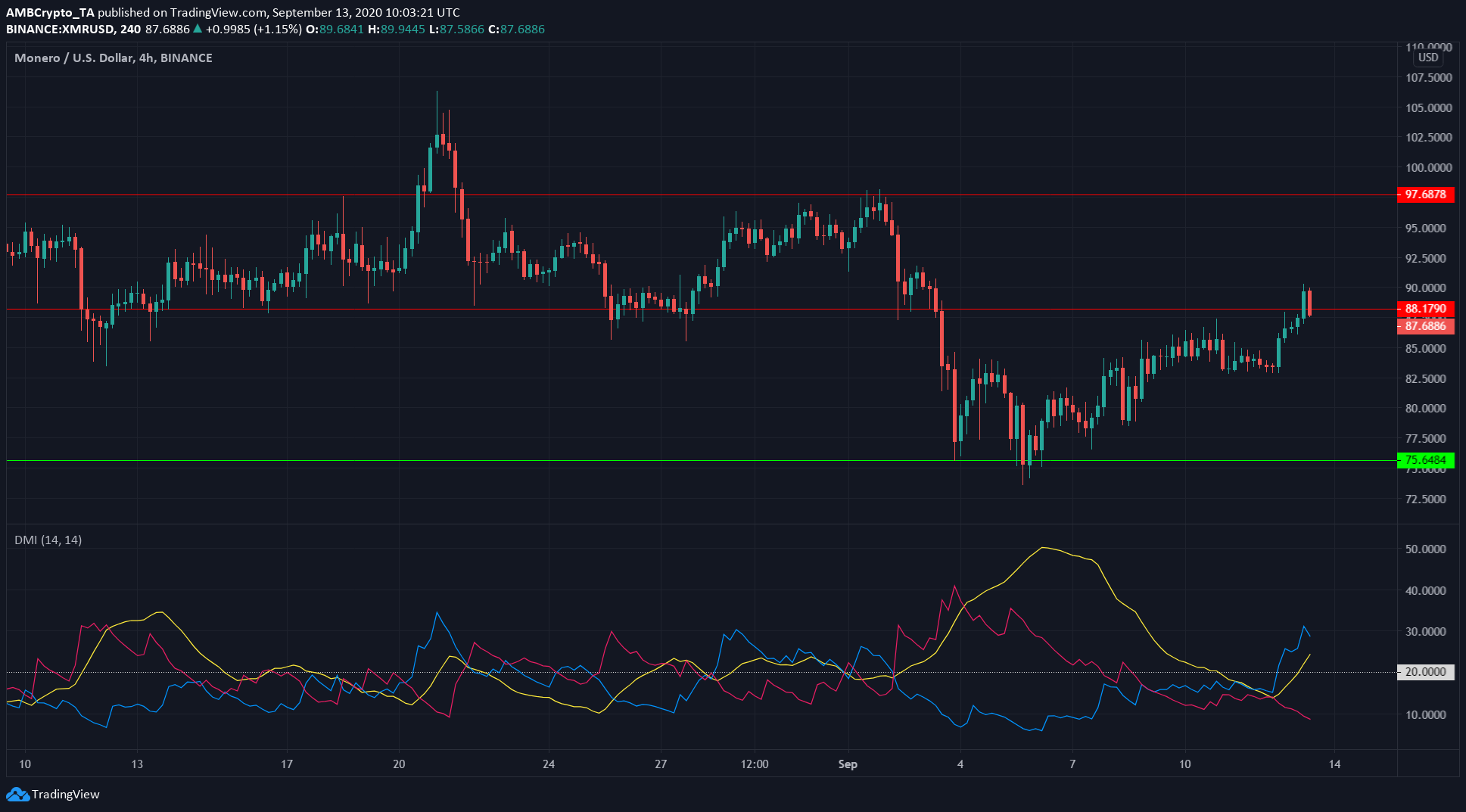 Monero has been the market’s the foremost privacy coin, boasting untraceable transactions with a market cap of $1.54 billion. In fact, just recently, the IRS put up a bounty of $625,000 for anyone who can trace transactions of assets such as XMR or transactions on Bitcoin’s Lightning Network.

XMR was on a strong uptrend, at the time of writing, as highlighted by the Directional Movement Index. The ADX (yellow) was over 20 while the +DMI (blue) was above -DMI (pink), a sign of the trend being bullish. 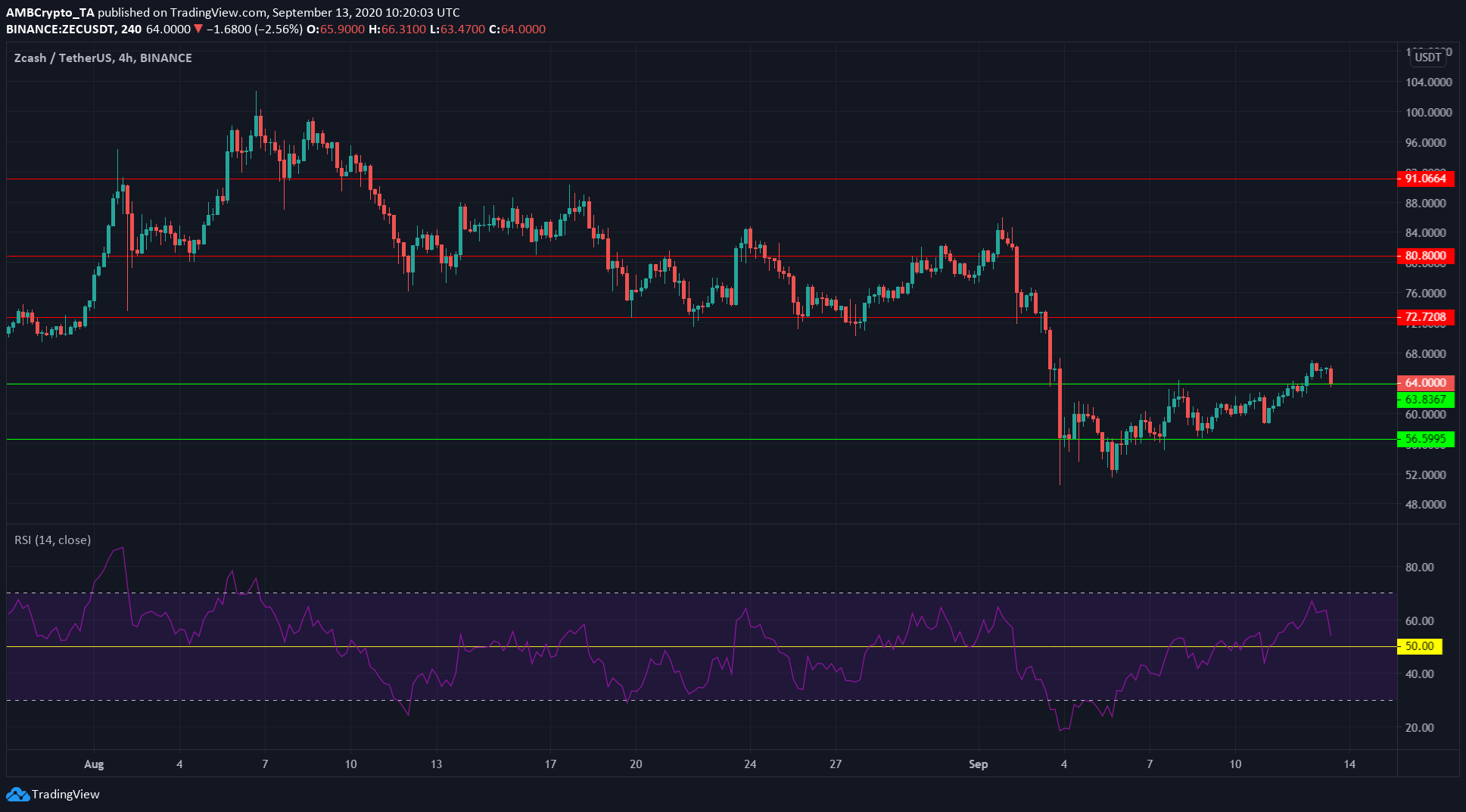 Zcash continued to set higher lows as it maintained the uptrend it began last week. At the time of writing, ZEC looked to be retesting a level at $63.83 as support.

The RSI had a value of 54. If the RSI bounces upwards from the neutral 50-zone, it would point to a continuing uptrend for ZEC. ZEC could then target $72.7 as a level of resistance to reclaim as support.