You can look at the Bitcoin market in two ways. “Oh no, Bitcoin just dropped to $10,000 and it’s been there for over a week now” could be one way. “Bitcoin has been trading over $10,000 for over seven weeks now” could be another. Which way you look at the market is just a matter of perspective.

Going by this differentiation, how are actual traders and hodlers looking at the markets? Well, according to data from Chainalysis Markets Intel, Bitcoins are being sent to exchanges, but they aren’t sitting on its order books. This would mean that market participants are sending their cryptocurrency to exchanges, with the objective of selling it, but they aren’t locking them on orders just yet. Instead, they are waiting for the price to rise. 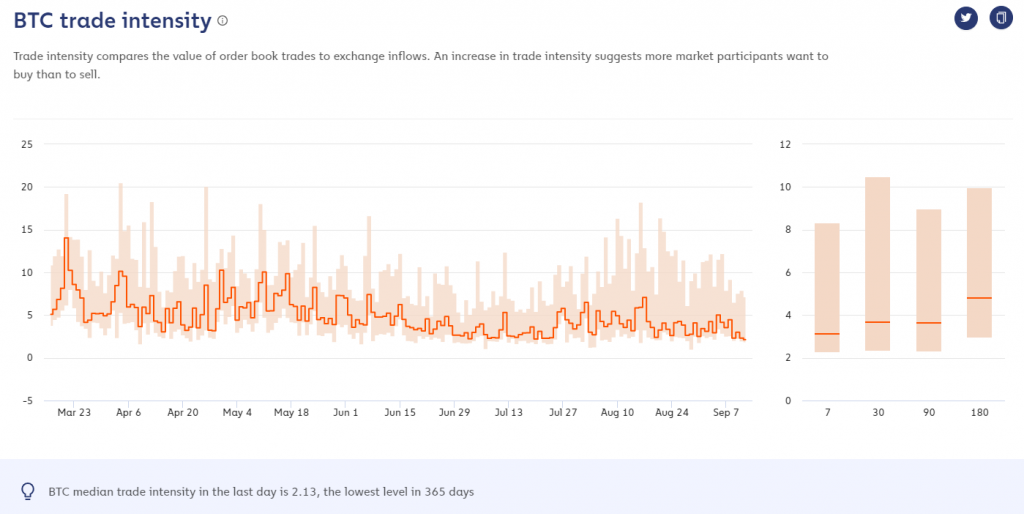 Looking at this in the context of the currency price scenario could point to where market participants expect the price to go next. Since a large number of Bitcoins are on exchanges, but not yet sold or placed for orders to sell, hodlers and traders are expecting the price to go up. When the price does go up, as exchanges inflows are net positive i.e. more inflows than outflows, there would be a selling spree to lock-in the profits.

Going by these numbers, participants are waiting for a price rise to a preferred level to launch their sell orders and cash-in on profits. However, this could also prove to be a roadblock during a substantial price increase.

If the price does push to say $10,800 or $11,000, orders would be placed and BTCs sold off, some even at a lower price than the market price, creating a gap that could be filled by lower orders and bringing the price back down. Or as the price increases, the participants could hold on to their bags and cash it in slowly for a larger profit. There is no single answer, and once again, it’s all a matter of perspective.