Prince Harry On The US Capitol Riot

It’s no secret that many institutional investors have taken quite a shine to cryptocurrencies and the digital assets market over the past few months. While the likes of Bitcoin and crypto, in general, have benefitted from clearer regulations (In the case of Bitcoin – its safe haven and store of value narratives have gained substantial traction), a recent report by Grayscale highlighted their significance for traditional and institutional investors.

2020 was considered to be a turning point for Bitcoin. In fact, speculations regarding the impact of the block reward halving were rife right from the start of the year. However, since the halving, Bitcoin’s price hasn’t really reacted much to the drop in supply. Interestingly, institutional investors, according to Grayscale’s Q2 2020 report, continue to back the world’s largest cryptocurrency. It said,

“For the first time, inflows into Grayscale products over a 6-month period crossed the $1 billion threshold, demonstrating sustained demand for digital asset exposure despite a backdrop characterized by economic uncertainty.” 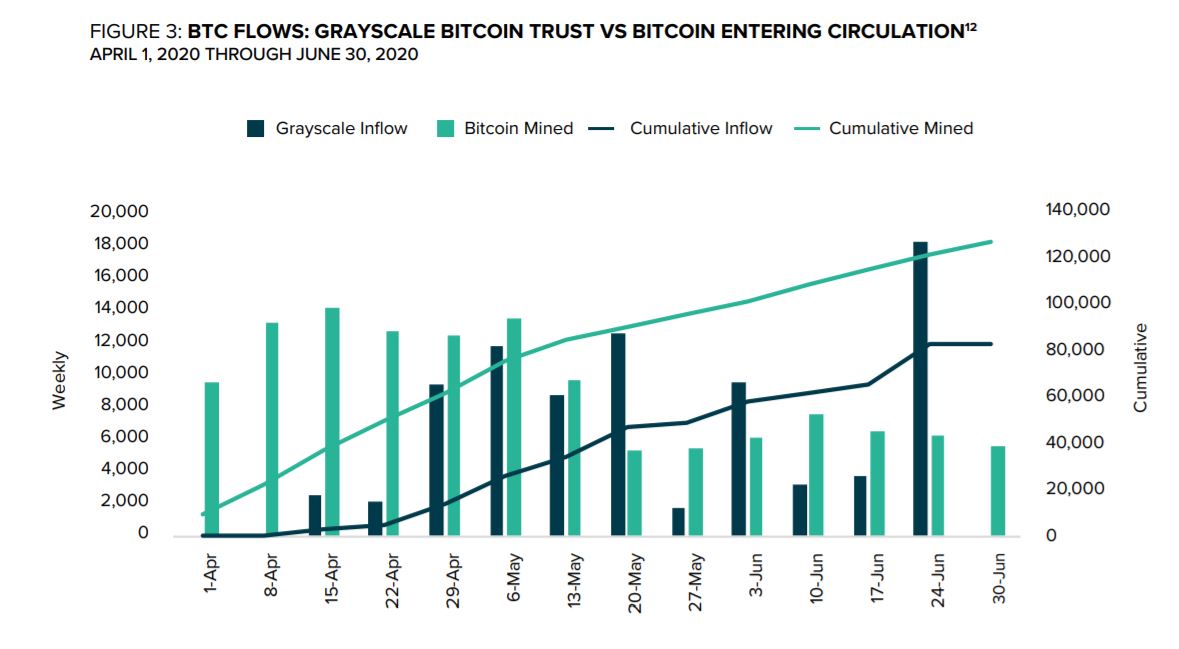 Ever since Bitcoin’s third block reward halving took place on 12 May, the price has been stuck between $8.5K-$9.5K, with the crypto noting less than 10 percent rise in price to date. However, over a similar time frame, inflows into the Grayscale Bitcoin Trust have become more and more promising, with a notable increase post-halving. The report pointed out,

“During 2Q20, inflows into Grayscale Bitcoin Trust were proportional to almost 70% of all Bitcoin mined over the same period.11 This proportion increased to 118% after Bitcoin completed its third halving in May 2020.”

Further, while institutional interest in the digital assets market has been increasing steadily over the last few months, new investors represent over 57 percent of all investors in just the second quarter of the year alone. Over the said time frame, Grayscale has doubled down on its approach towards Bitcoin, with a few analysts quick to point out an accumulation of around 53,588 BTC to its Bitcoin Trust. 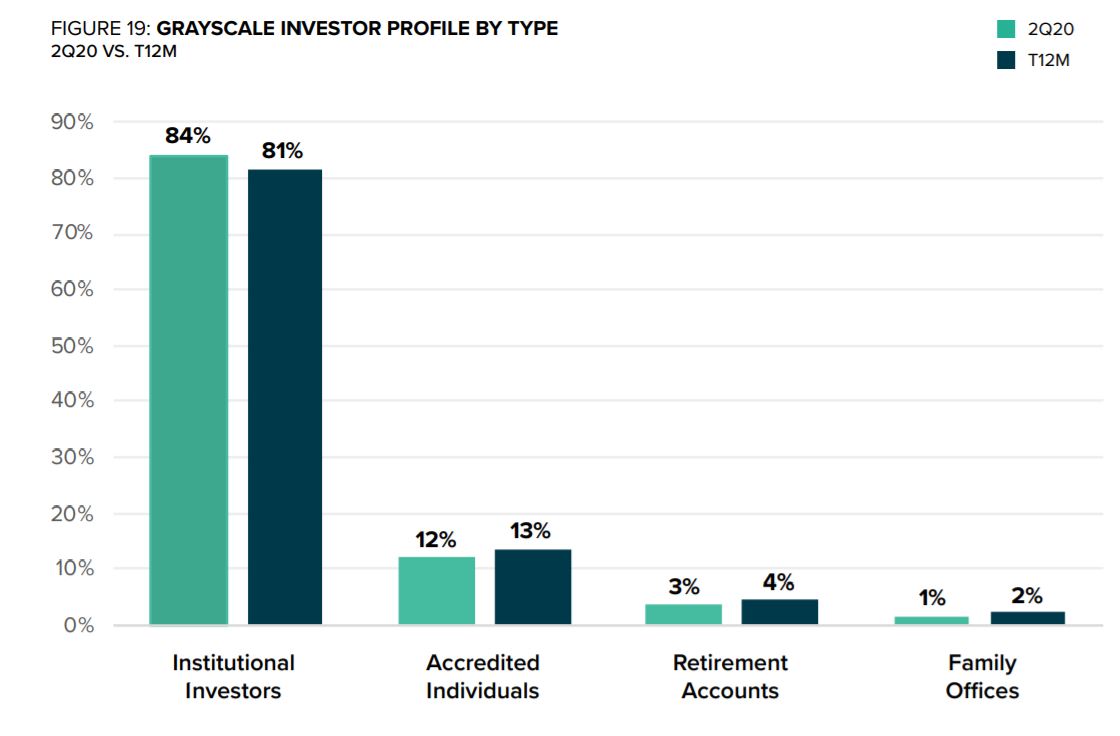 With over 84 percent of institutional investors responsible for capital in Q2 2020, digital assets are also piquing the curiosity of other entities like retirement accounts and family offices. In fact, the latter demographic, over the past few months, has seen its presence rise, a development that may be a sign of even more diverse demographics entering the crypto-market.

This increased adoption and interest in cryptocurrencies like Bitcoin may be in anticipation of an upcoming price surge towards the end of the year, one that may in turn end up becoming a driving force for a bull run.