3 SEO Myths that Should be Dispelled Right Away 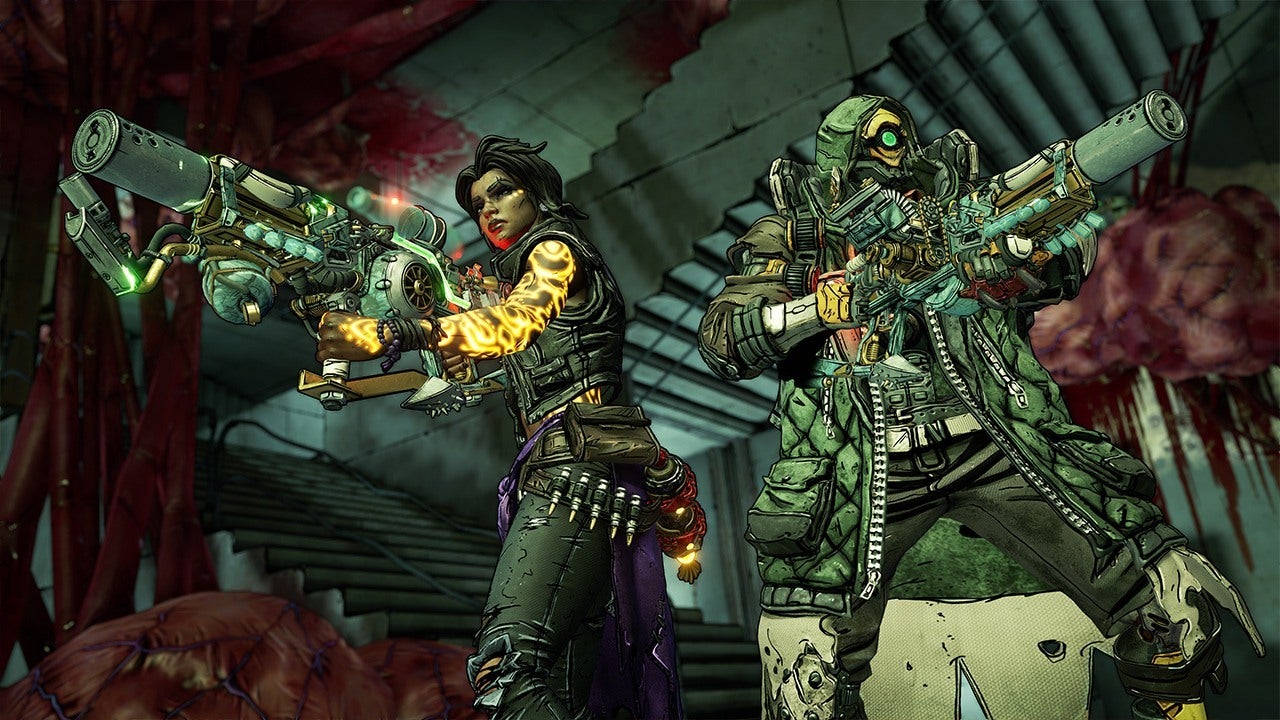 For all the love and attention Borderlands pays its psychos, even using a masked maniac as its mascot since the original game, it’s surprising that it took until the latest DLC for Borderlands 3 to give us the chance to dive into the brain of a shirtless, blood-soaked madman for the world’s most traumatizing episode of The Magic Schoolbus. But while the concept of entering the mind of a psycho to discover the origins of the plague of insanity is a rock-solid concept for the goofiest DLC since Tiny Tina’s Assault on Dragon Keep, Psycho Krieg and the Fantastic Fustercluck doesn’t fully deliver on that promise. To its credit, its middle act is an excellent buildup to one of the best boss fights in all of Borderlands, but everything other than that ends up being a predictable ride filled with bullets, psychopaths, and non-stop screaming.

Fantastic Fustercluck is all about Krieg, the Crimson Raiders’ resident mental case. This shirtless, buzz-axe wielding psycho is known for screaming nonsensical catchphrases as he butchers his way through life. Though Krieg has never been the most interesting or well-developed character in Borderlands 3, Fantastic Fustercluck aims to change that by transporting you into the psychopath’s mind on a quest to understand what makes Krieg tick and the origin of his insanity. You’ll learn about Krieg’s dark and completely unsurprising backstory, see through the bizarre lens through which Krieg views the world, and even be reunited with one of Borderlands’ deceased characters.

What We Said About the Base Game

From our September 2019 Borderlands 3 review by James Duggan:

“If Borderlands 3 is what happens when a modern looter shooter doesn’t concern itself with the longevity of its item economy and daily quests then you can sign me up for Borderlands 4 right now. Being untethered from persistent servers and able to trade loot at will is a refreshing change of pace, but that’s hardly the only reason why this such an amazing co-op FPS. The sheer magnitude and diversity of its arsenal of fun and surprising weaponry is unmatched, and the striking amount of loving detail and variety packed into its energetic and replayable 30-hour campaign is what makes Borderlands 3 a high-point for the series – and the genre as a whole.”

While Fantastic Fustercluck does manage to flesh out Krieg as a character quite a bit, it doesn’t do a whole lot to make him more interesting or relatable. Instead, his insanity is mostly used as an excuse to place you in bizarre, mildly entertaining situations, like having to shoot down the moon and use it as ammo in a siege warfare encounter. It’s entertaining for a short while, but even in a campaign that only runs around three hours long you can only hear Krieg shout about how he wants to lick meat flesh off someone or whatever so many times before you become numb to it and bored by the cliche. Yes, I get it: you’re insane.

In fact, most of Fantastic Fustercluck feels like a generic Borderlands expansion that takes no real risks and thus reaps few rewards. Aside from a few interesting new areas and a particularly strong second act, the expansion offers surprisingly little that we haven’t seen before. You fight lots of the usual psychopaths, Hyperion loaderbots, and of course, skags, until you reach a final boss encounter that’s so dull I literally fell asleep in the middle of it.

Aside from an amusing new type of psycho, there just aren’t a ton of surprises.

Dont get me wrong: there are some awesome new areas that feature demented body horror the likes of which could only come from Krieg’s mind, like levels that are made up of disfigured body parts and eyeballs that follow your character around as you move. But aside from an amusing new type of psycho that rides a giant bullet like something out of Dr. Strangelove, there just aren’t a ton of surprises or things to get excited about.

Side quests in Fantastic Fustercluck are similarly unimpressive, mostly consisting of bite-sized fetch quests like one where you go find an umbrella or throwaway gags like one where you stare at inkblot tests so Krieg can tell you if you’re sane or not. It’s all incredibly shallow, which is surprising, since historically side quests like these have been some of Borderlands’ most entertaining content.

You suddenly find yourself hunted by a sentient train called the Locomöbius.

Though most of Fustercluck is an extremely by-the-book romp through piles of murdered man meat and exploding robots, the impressive middle act is so unique it almost redeems an otherwise monotonous campaign. As you dive deeper into Krieg’s psychotic psyche, you suddenly find yourself hunted by a sentient, anthropomorphic train called the Locomöbius, which turns an entire area into one frantic, dangerous, and memorable boss fight. As you work your way through the area, the Locomöbius relentlessly tries to run you over by spontaneously manifesting ghostly train tracks anywhere it chooses before popping out of a portal and chugga chugga choo choo-ing its way through anything unfortunate enough to get in its way. It can appear seemingly anywhere and in any orientation, no matter how gravity-defying, and isn’t afraid to run over its own allies as it tries to maim you. It even blows holes through level terrain, altering the map’s makeup in the process and adding another layer of difficulty to progressing.

The area concludes once you reach the train’s lair (because of course it has a lair) and face off in a final battle that literally and figuratively goes off the rails. It’s easily one of the most memorable encounters in the Borderlands series, even if it’s sandwiched between a pretty boring first and third act.