It’s safe to say that yesterday’s wick down to $0.1277 will be the last one in a while for Cardano. Both on the higher time frame, as mentioned earlier, and the lower time frame, Cardano is bullish. 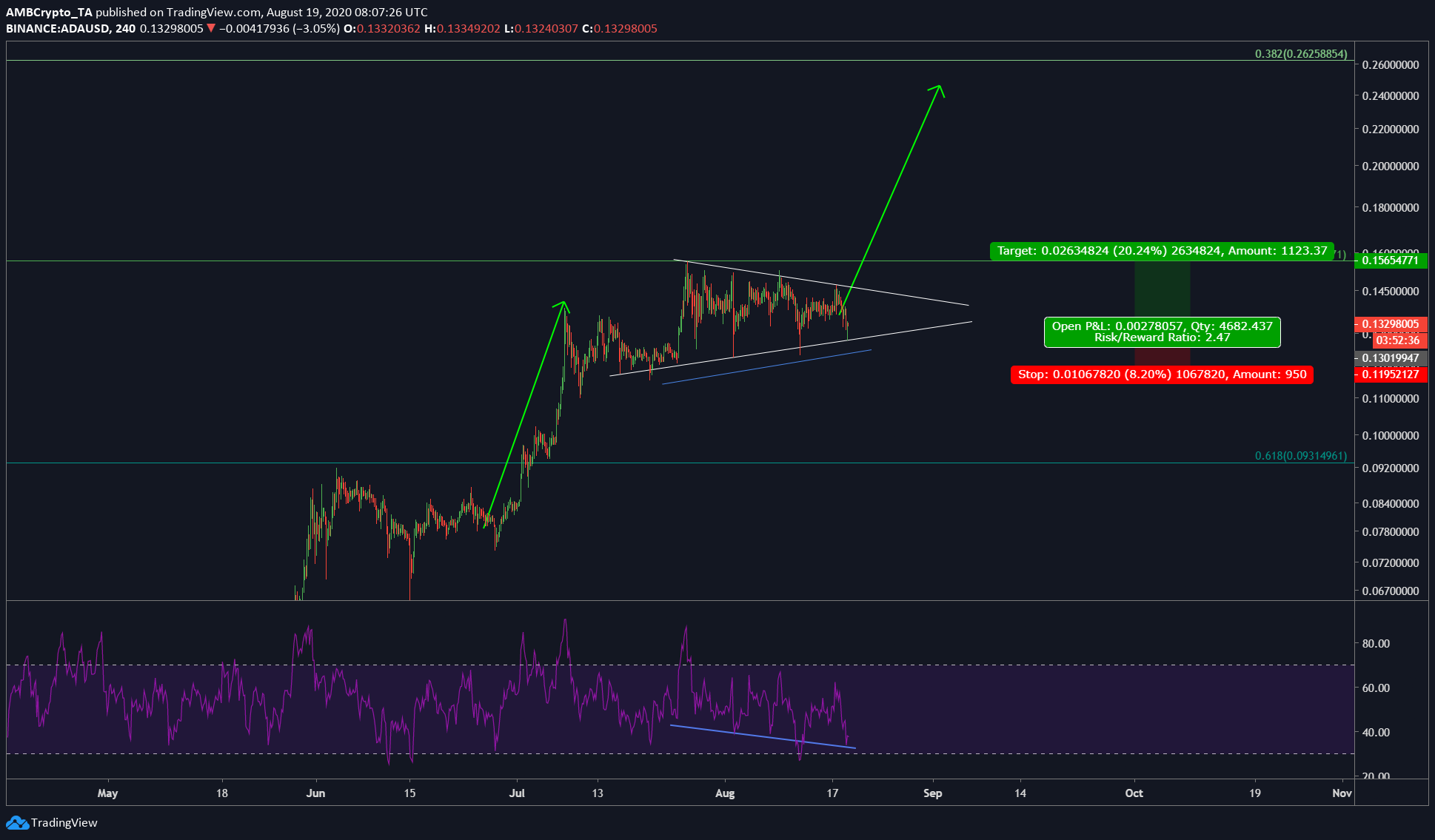 Cardano has formed a continuation pattern which is a bullish pennant pattern with upsides ranging from 20% to 100%. The symmetrical triangle is the consolidation pattern that will provide momentum for buyers to push through. This can be thought of as an accumulation zone for further upside.

With proper leverage and risk understanding, this seems like the best trade for ADA in a while. Supporting this long position is the RSI indicator, which shows a clear bullish divergence between the price and the momentum indicator.

The one-day chart also shows a similar bullish bias for Cardano, which has been trending higher with higher lows and lower highs forming a proper consolidation pattern.

Even on the higher time frame, the RSI indicator showed a clear bullish divergence, in addition to the bullish pennant pattern. Hence, this long position seems like a no-brainer.

Additionally, the 50-DMA [yellow] has supported the last two dips, hence, the bounce from the daily moving average will be a strong one.