Chainlink looked poised to post further losses, as the 15% plunge over the weekend was just one of the many drops in the past month for LINK. Cosmos had been in a brief period of indecision before bears prevailed and pushed ATOM downward. Ontology validated a bearish pattern but in the next few hours has a chance to witness a bounce. In the case of the world’s most dominant cryptocurrency Bitcoin, the coin’s price did see a correction of 1 percent and is now being traded at $10,482. 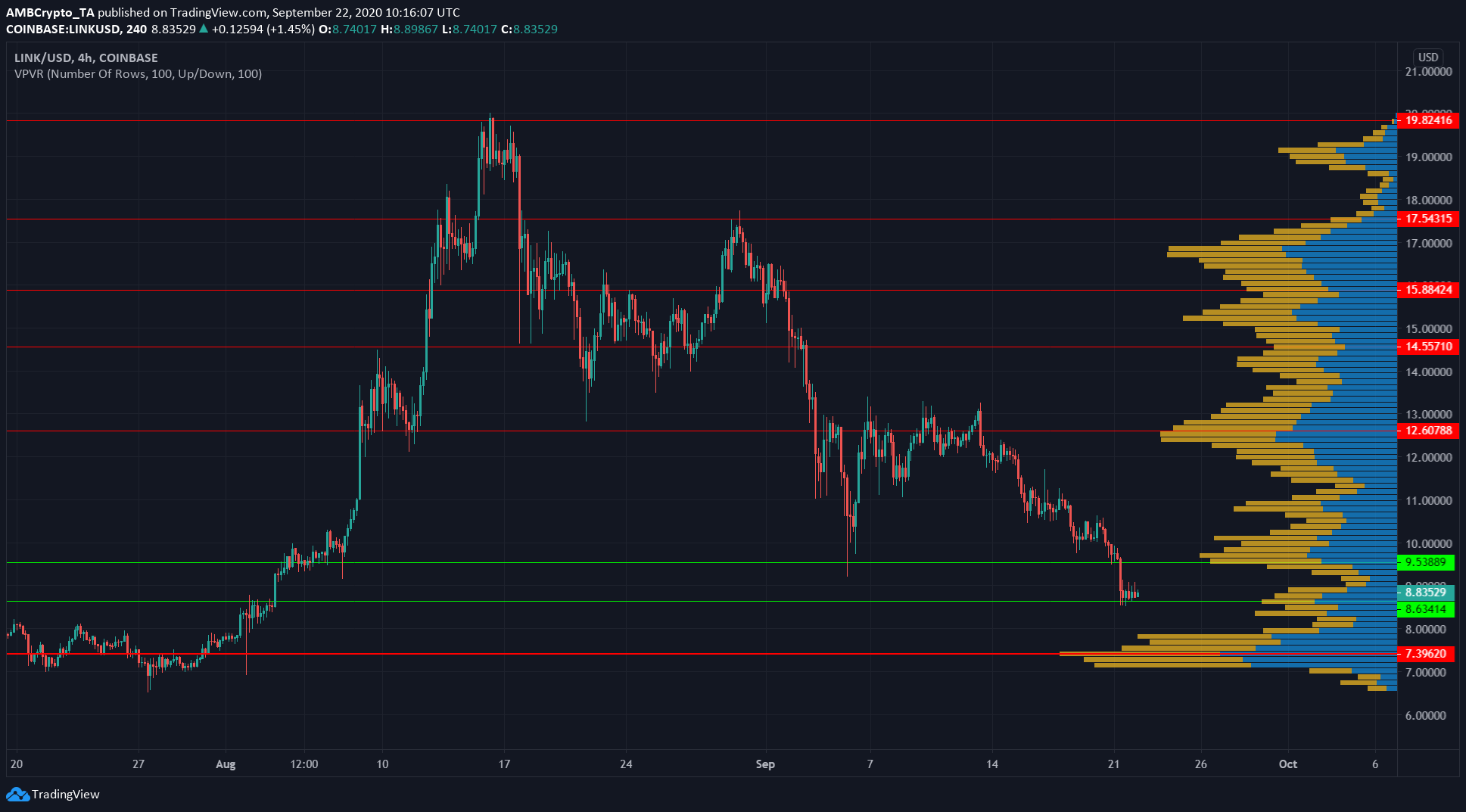 Zooming out on the charts for a better perspective, the 4h chart offered some interesting hints. Using VPVR we can see that the support beneath LINK is more significant than the resistance overhead. Which is to be expected because price only traded above the $10 mark for a month before falling beneath.

In the short-term, LINK can be expected to consolidate at $8.5 before a move to either side occurs.

In other news, Orchid has extended its collaboration with Chainlink with the announcement of a second oracle, created together with Chainlink, live on the mainnet. Chainlink was chosen because it “delivers highly accurate, manipulation resistant price data.” 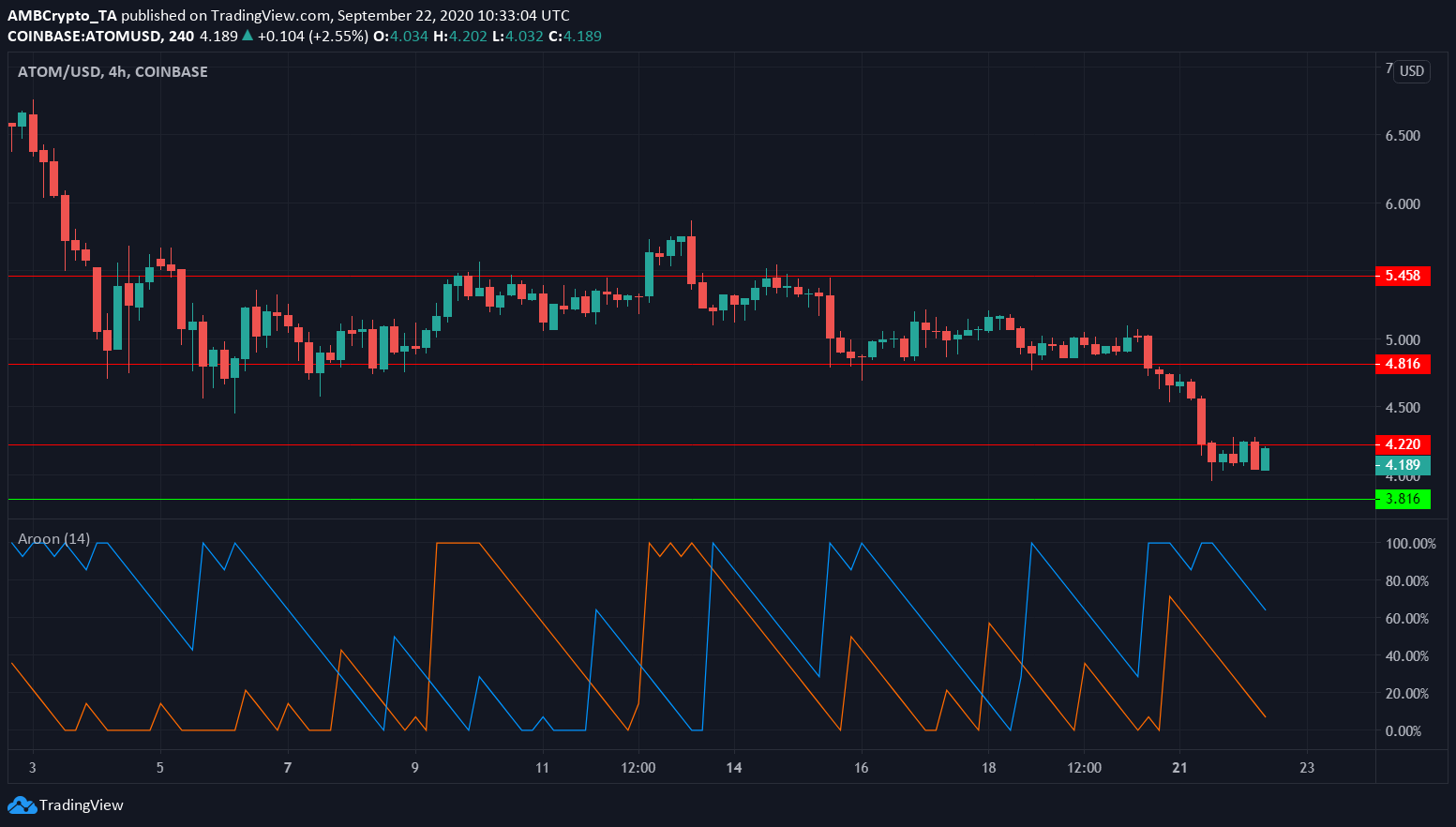 Support at $4.85 served well to stall ATOM’s descent in the past couple of weeks. ATOM tried to rise past resistance at $5.45 but was quickly forced under.

In the two weeks hence, the price has consistently set lower lows and lower highs and is set to continue to post losses.

Aroon indicator has indicated a strong downtrend for the past month, broken in brief intervals but in general a market trending lower. At press time, it indicated more of the same, with the price registering new (recent) lows and consequently, Aroon Down (blue) crossing and staying above Aroon Up (orange). 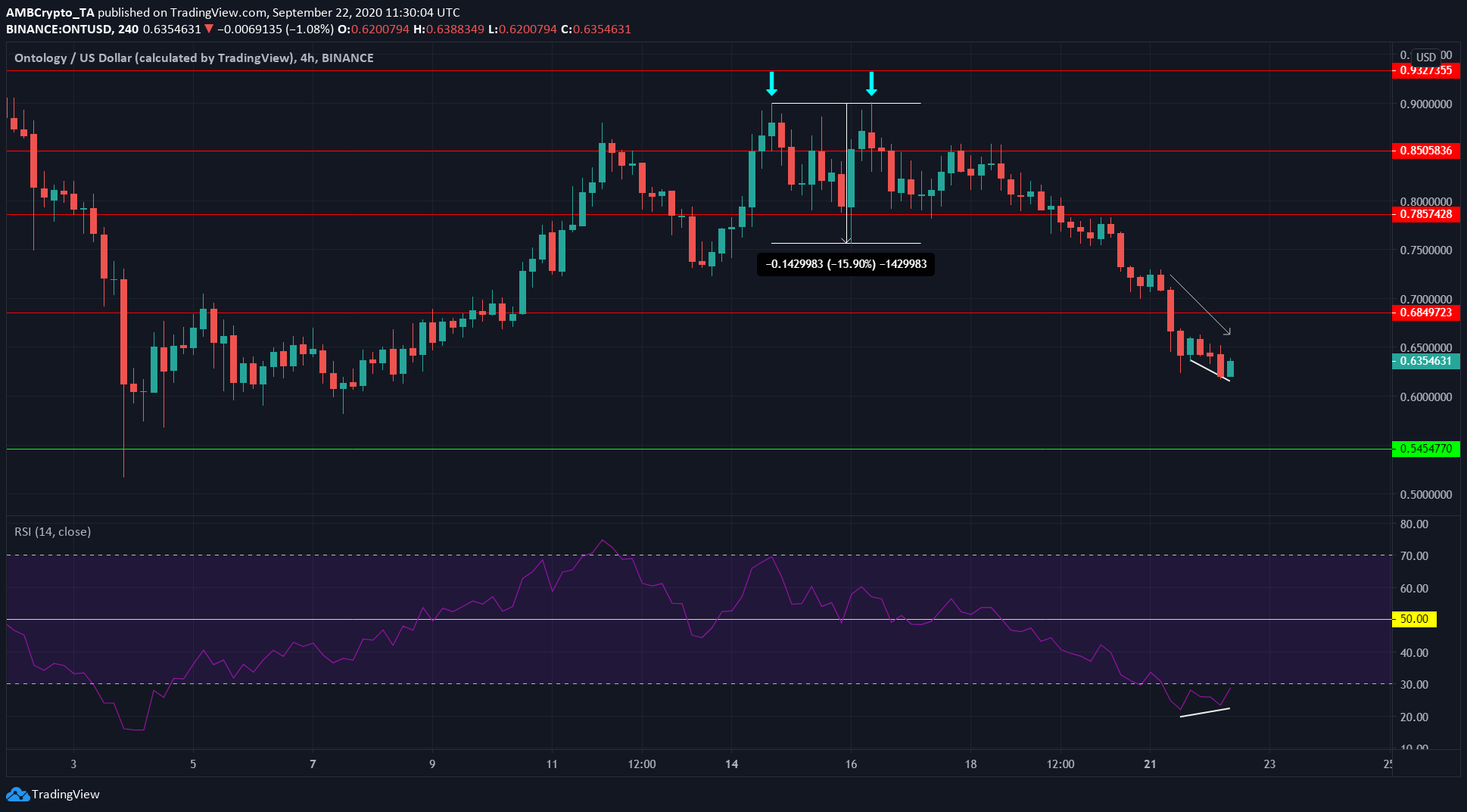 After forming the Adam and Adam double top, highlighted by the cyan arrow, ONT was projected to drop to $0.66. ONT was trading at $0.63 at press time.

RSI showed a value of 28. A bullish divergence, highlighted by the white lines, was spotted. Price made lower lows while RSI made higher lows, suggesting a bounce was likely imminent.

Yet the overall outlook for the asset remains bearish, with the next level of support at $0.545.