The cryptocurrency industry, while looked down upon with a lot of suspicion once, is turning out to be the saving grace of many investment portfolios today since Bitcoin is proving itself to be an asset that can hold its value in the long run. Institutional interest in Bitcoin, aided by increasing regulatory clarity, has surged over the years, despite the fact that altcoins are gaining a lot of prominence by the day.

Speaking on the Blockcrunch podcast, Seth Ginns, Head of Liquid Strategy at CoinFund, discussed why Bitcoin continues to be the favorite asset for this class of investors and how the creation of a fairly robust infrastructure around Bitcoin has helped its cause. According to the CoinFund exec, from an institutional investor’s point of view, Bitcoin is the only crypto-asset with a large enough network value to be on the radar of institutional investors. He added,

“What ended up happening that there was a lot of institutional-grade infrastructure that had to be built, that started with custodians  to prime brokers. And I think that’s all been built out very quickly… and been built out primarily for Bitcoin. So I think what that leads to is very good institutional engagement initially in Bitcoin.”

Ginns went on to say that this interest in Bitcoin has also led to investors getting exposure to other assets in the crypto-markets. Among such investors, the exec said, there is a growing need to get up to speed with the crypto-market in general. This trickle-down effect can explain the surging interest in other cryptocurrencies and projects like Ethereum and DeFi, to a certain extent, he said. 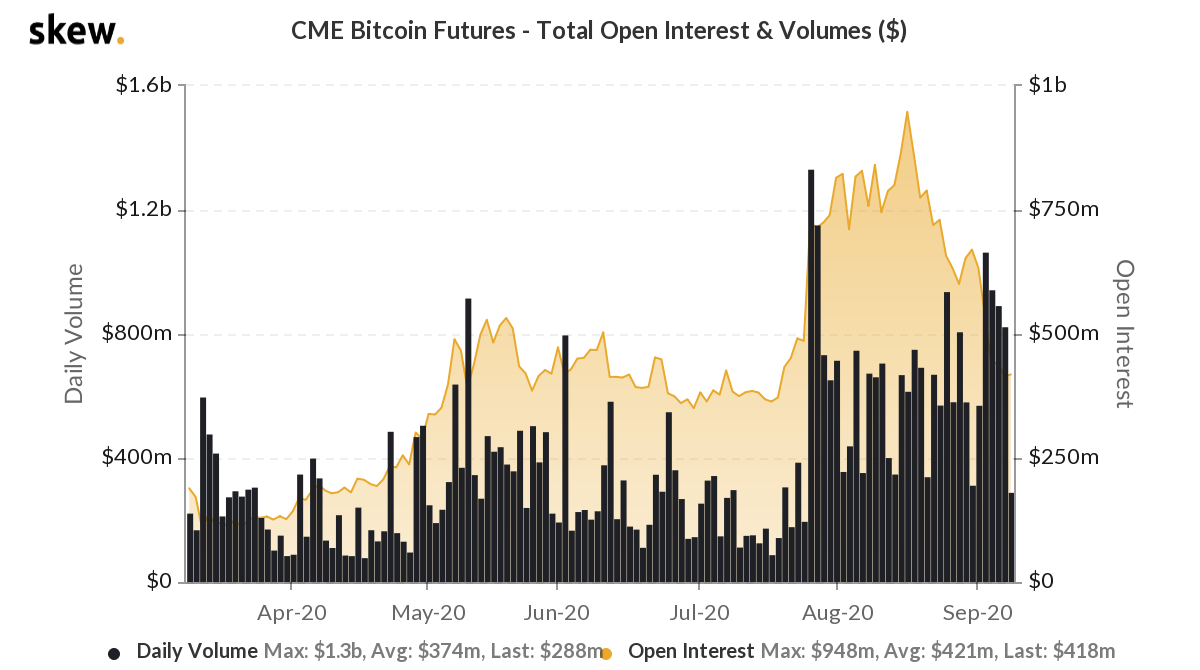 The scale of the interest in Bitcoin can be evidenced by Bitcoin Futures’ OI charts and volumes over the past six months. On observation, it can be seen that the cryptocurrency remains popular among institutional circles. This is the case, despite the fact that OI has fallen considerably over the past 45 days.

Ginns had a word to say about the industry’s other projects as well, with the CoinFund exec concluding,

“If Bitcoin goes to a trillion dollars in network value, there there’s plenty of room for, DeFi protocols and other web three protocols to see increases in their value over long periods of time… [However] I think that, the only part of the space that can really take, significant institutional checks today is Bitcoin”