GBP/JPY falls back to April levels. What’s next

GBP/JPY could be the worst performer this week in major FX, falling 3.8% for a hefty 530 pip fall. It fell in four of the five days this week with the majority on Tuesday and Thursday.

It staged a bounced today but that was damaged as Brexit jitters percolate. Boris Johnson did not offer much in the way of comments to reassure markets but he did say he doesn’t want a repeat of last autumn and there was this from ITV’s Paul Brand.

The other big part of this trade was the general risk aversion in markets. There are few signs of improvement on that front.

Technically is where it gets interesting. Today’s low lines up nicely with the April highs sufficient reason for the 61.8% retracement of the rally since late June. 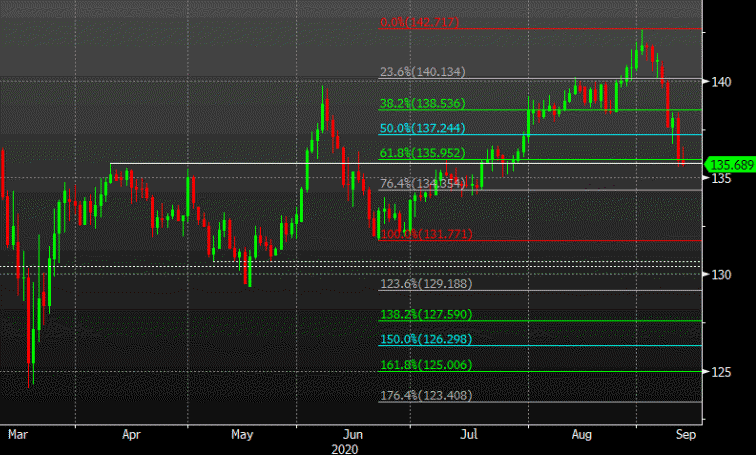 Ultimately, I do not see these headlines going away and the market is indeed tired of fighting against Brexit headlines and so i think both trades are:

For bank trade a few ideas, check out eFX Plus