Huobi’s Bitcoin Options offerings leave a mark….. on the CME

The first 10 days of September have been eventful, setting the tone for the rest of the month. Huobi Futures, the crypto-derivatives market of the Huobi Group, rolled out BTC Options trading on 1st September, and within 10 days of the launch, BTC Options Open Interest had soared by 110%. 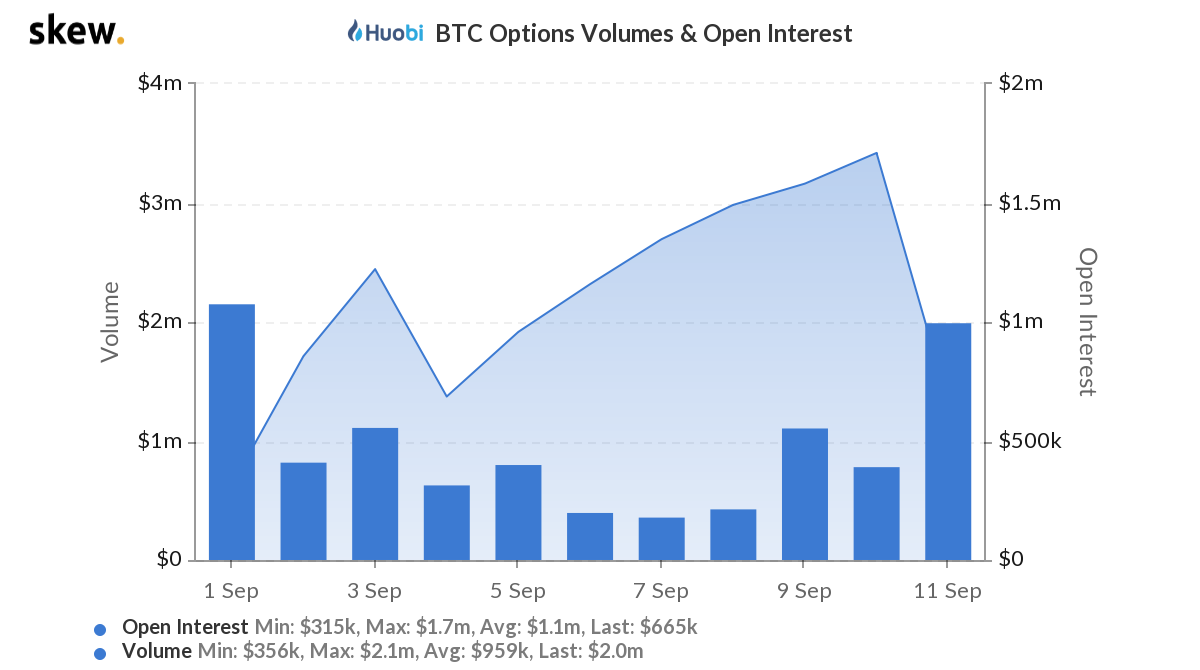 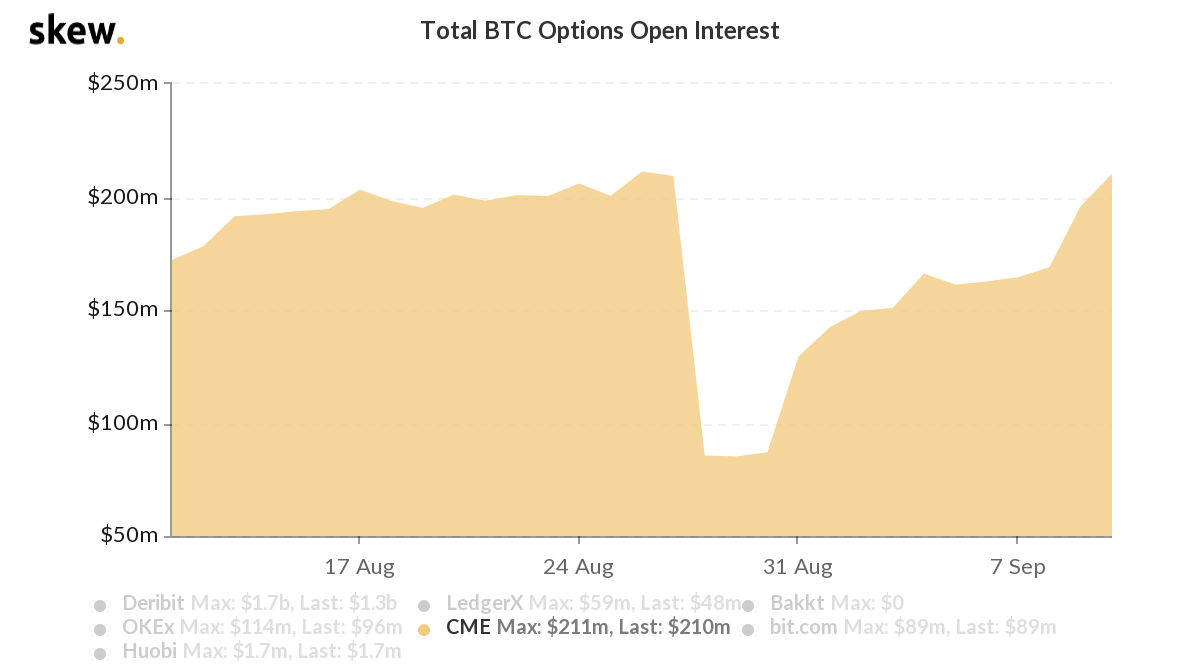 CME’s Bitcoin Options saw an increase in volume due to a drop in Bitcoin’s price. Additionally, the interest in derivatives exchanges was sustained as a drop in Bitcoin’s price pushed the market’s traders towards derivatives. Trading in the actual asset adds to the risk of the overall trade, and such events contribute to the sentiment and Open Interest on derivatives exchanges by adding new traders.

Since Bitcoin’s drop from the $11,500-level, the Bitcoin Options space has noted a remarkable shift in sentiment. In fact, the outlook on top derivatives exchanges and Huobi continues to be largely bearish. 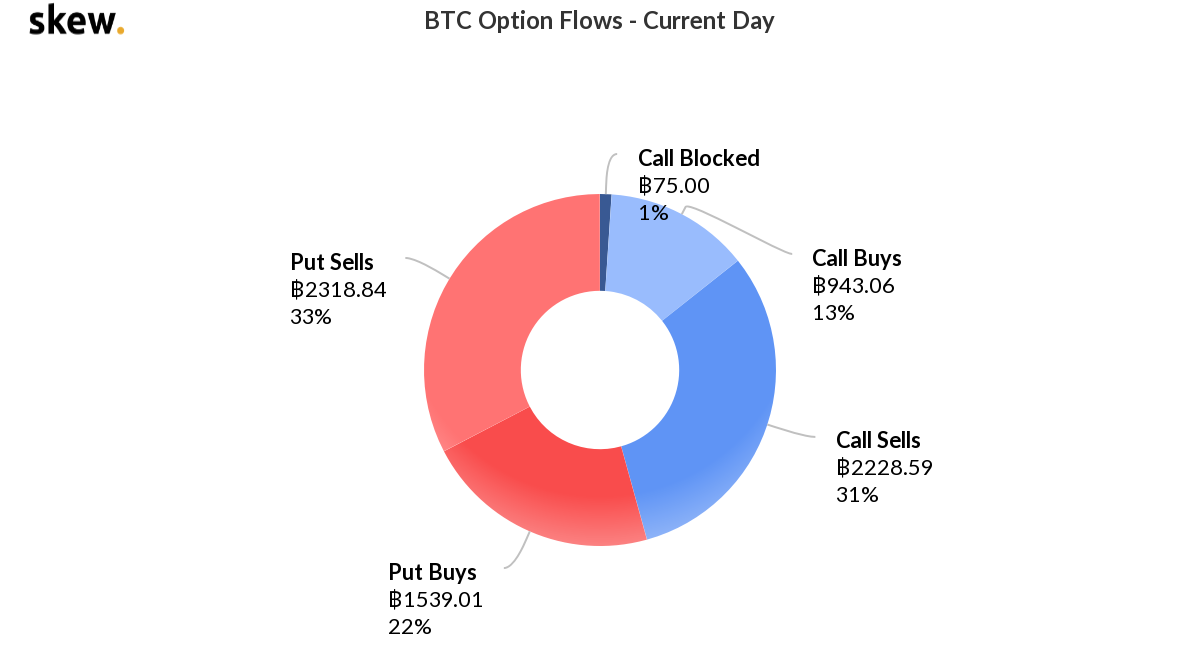 The bearish sentiment is evident when the attached Option flows chart is observed. Selling a put is more lucrative to traders, when compared to putting a buy. Most notably, the difference is 11%.

In light of such a bearish outlook, one can argue that Huobi’s Bitcoin Options have delivered on the expectations for many derivatives traders, with the hype seeming to be real.

While there was a lot of hype in the case of CME and Bakkt as well, some have argued that neither of these two met the expectations. For instance, the CME was launched in December 2017, coinciding with Bitcoin’s bull run. On the contrary, Huobi launched its Bitcoin Options in a different phase of the cycle – 4 months post the halving, right in the accumulation phase.

While Bitcoin’s price rally on 27 July hasn’t been forgotten, its latest drop below $11,500 has boosted derivatives trading and Huobi’s aforementioned launch may have benefited from the sheer timing of it all.

With institutional investors lining up for derivatives exchanges and their new products, it will be interesting to follow the effect of Huobi’s future launches on CME and Bakkt’s volume and Open Interest. If new buyers keep entering the market, new exchanges and products may absorb their demand. However, if demand does not grow at the anticipated pace, new derivatives exchanges may face the same fate as the CME in its launch week.