Mario Kart Live: Home Circuit Is Up for Preorder 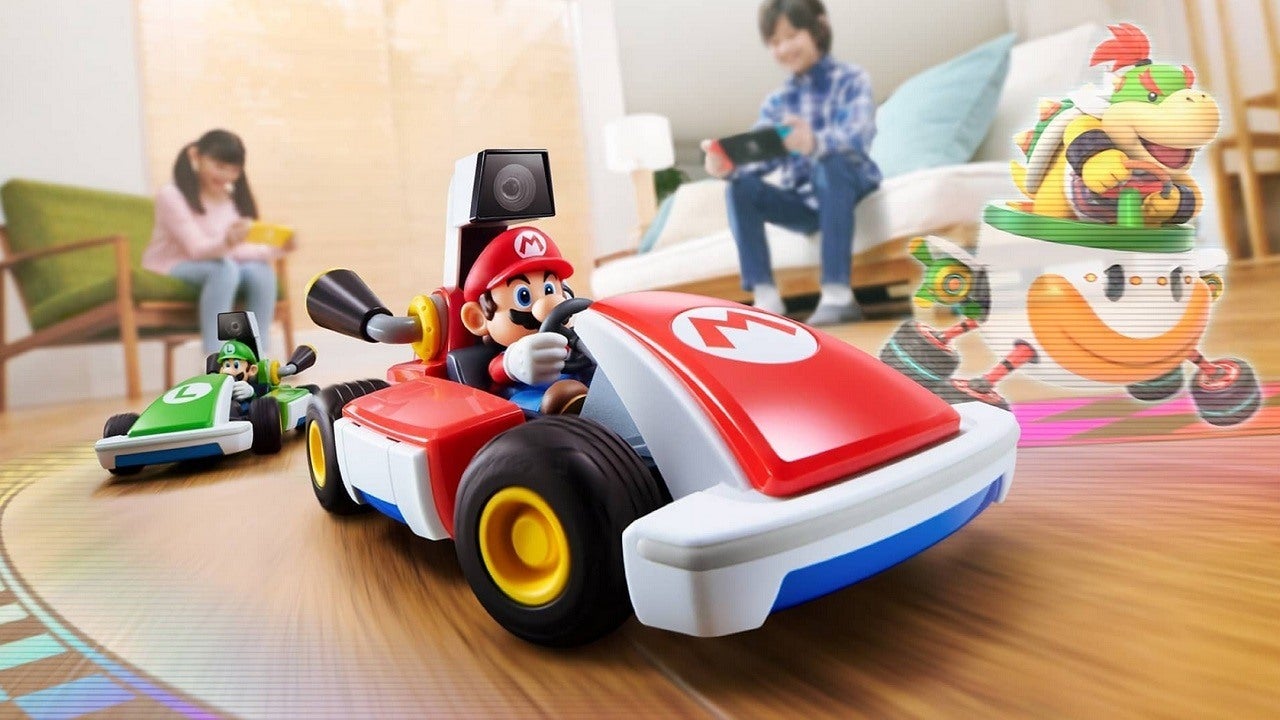 Mario Kart Live: Home Circuit is set to release exclusively for Nintendo Switch on October 16. But it’s not your typical video game. It’s an actual remote-controlled Mario Kart car that you control with your Nintendo Switch. The car has a camera mounted on it, and the feed is beamed to your Switch, along with a layer of augmented reality images to turn the real world into a Mario Kart level. It’s quite elaborate.

It’s kind of like a Labo kit, in that it’s another of Nintendo’s toys that you interact with using the Switch. It retails for $99.99, and it’s up for preorder now.

In addition to the remote control Mario Kart, the package also includes four cardboard gates you can set up to help form the track. Once everything’s in place, you can race against on-screen Koopalings, which unlocks new skins and course designs.

There’s also a Luigi kart that’s sold separately. With two Switches, you and another player can race each other, and even use combative in-game items like shells and bananas to take your opponent out of the race momentarily. When a kart gets hit by something in the game, the toy stops briefly in real life.