MADE FOR LOVE Official Trailer (2021)

Revolut expands to Japan as its first non-English speaking market 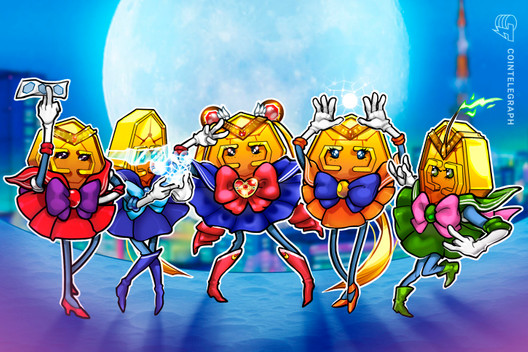 Revolut, a major European cryptocurrency-friendly trading application is expanding to another major market.

The London-based firm has launched its digital banking app in Japan, as Revolut announced in a Sept. 8 tweet.

According to a report by The Nikkei, Japan is the first non-English speaking market for Revolut. Headquartered in London, the company reportedly has 13 million users worldwide, operating in European countries, the United States, Australia and Singapore.

As reported, Revolut’s initial roll out in Japan will be limited to “international transfers” and “managing money in 23 currencies.” Registered users will also reportedly receive a Revolut-branded Visa debit card.

Cointelegraph reached out to Revolut to find out whether its crypto services are part of the initial launch in Japan but did not receive an immediate response.

Revolut’s entrance into Japan comes shortly after the company was reported to triple its losses in 2019 despite a significant surge in new customers. Revolut founder and CEO Nik Storonsky reportedly said that aggressive global expansion was the primary reason behind the company’s massive losses last year. In October 2019, Revolut outlined its ambitious plans to expand across 24 new markets like Australia, Brazil, Canada, Japan, New Zealand, Russia, the U.S. and Singapore.

Japan is apparently one of the most attractive markets for crypto-related companies as Revolut enters the country alongside another major crypto company. Kraken, one of the world’s largest cryptocurrency exchanges, officially announced on Sept. 8 that the exchange is coming back to Japan after terminating its services there in April 2018.

MADE FOR LOVE Official Trailer (2021)