Stellar Lumens showed signs of beginning an uptrend and combined with Bitcoin’s refusal to dip beneath $10,000, this could be bullish for XLM. Cosmos on the other hand lacked momentum in either direction and appeared to be consolidating at an important retracement level. Crypto.com Coin spiked upward but was yet to show if could continue to surge in the coming days. 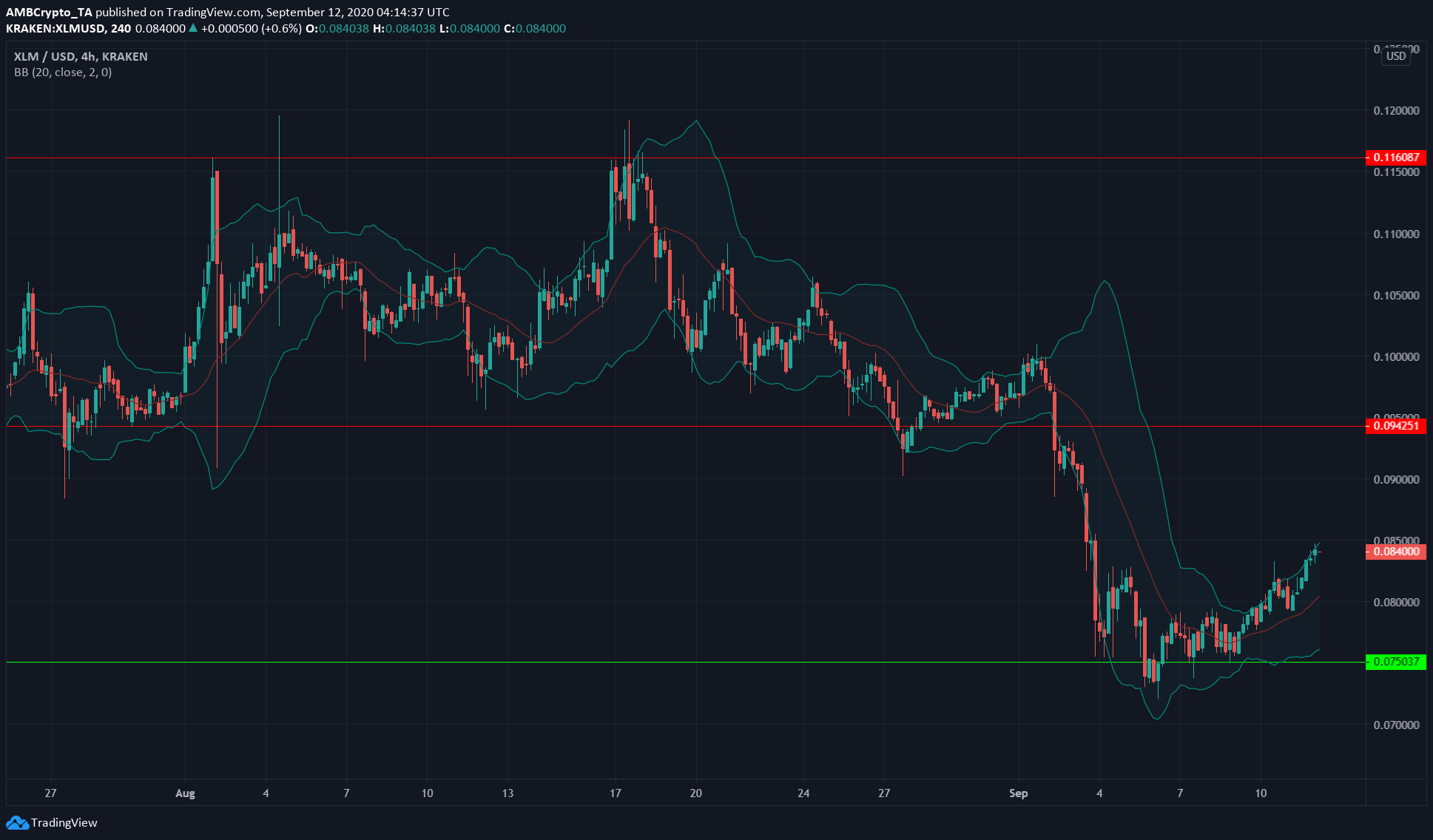 The mouth of the Bollinger bands was widening towards the upside as price stayed near the upper band. XLM also moved past $0.081, which was its high on the previous bounce.

XLM has started on its road to recovery and could test resistance at $0.094 in the coming days.

The asset occupies the 17th spot on CoinMarketCap with a market cap of $1.74 billion. On 9 and 11 September, when the price saw some movement upward, the 24h trading volume was $120 and $140 million respectively. This value is lower than the daily average of the past couple weeks and meant the recent surge could be reversed. 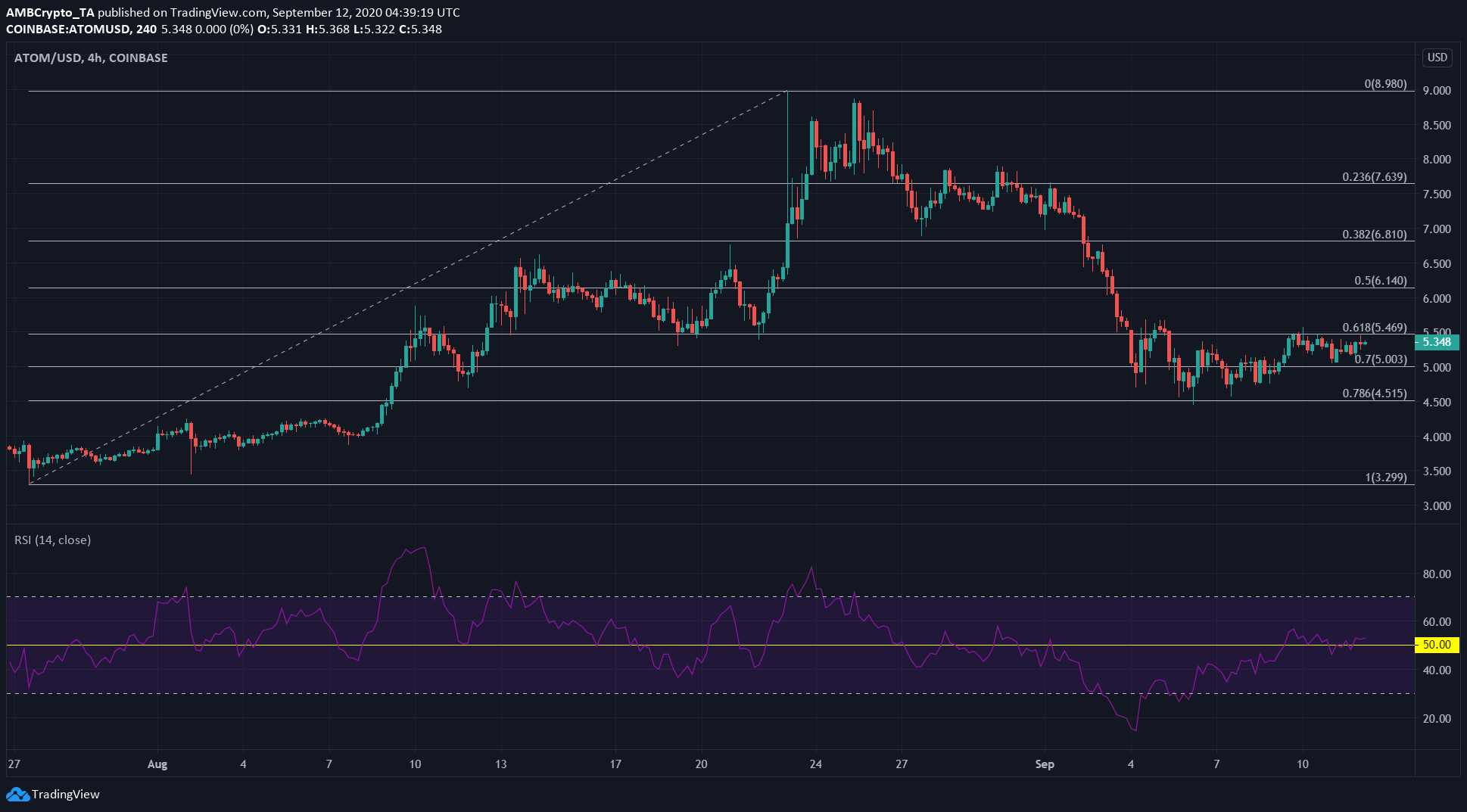 ATOM was valued at $5.34 at the time of writing. It was trading beneath $5.4, the 61.8% retracement level of its previous surge in the month of August, highlighted by the Fibonacci Retracement tool.

RSI showed a value of 52, which is neutral. In the past few days, RSI has stayed very close to neutral 50, showing a lack of momentum in the market.

The retracement tool also highlighted some other important levels for ATOM, such as the $4.5 level that represents 78.6% retracement.

ATOM had a capitalization of $1.08 billion, placing it in the 23rd rank on CoinMarketCap. 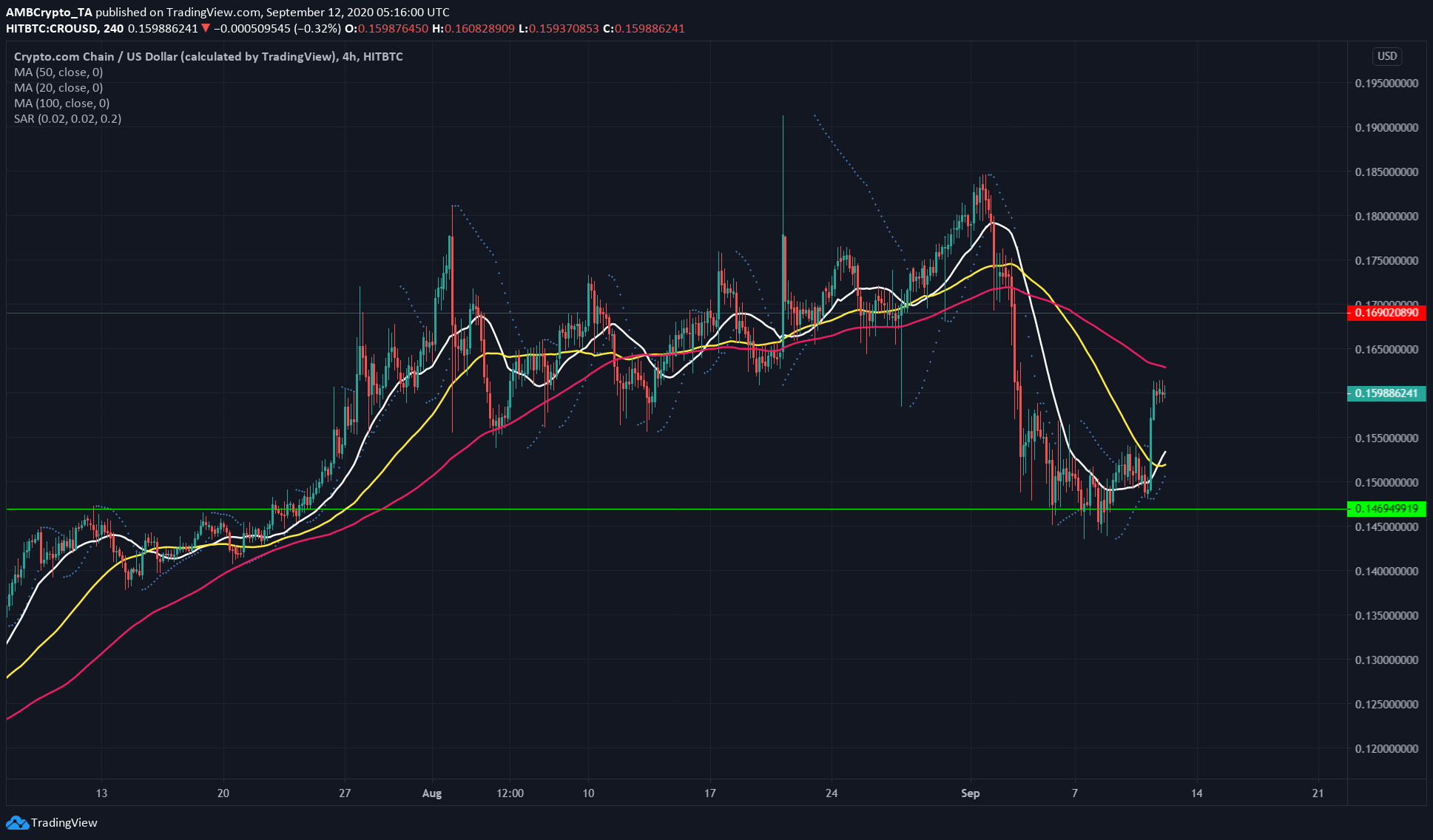 Parabolic SAR gave a buy signal, and traders could use both the moving averages as well as the indicator’s dots to set stop-loss orders and take profit orders.

Crypto.com was reported to be taking Binance’s path as its CEO, Kris Marszalek, revealed that the company was going to be a centralized provider launching DeFi products.

CRO held on to a top 10 spot on the list of cryptocurrencies with a capitalization of $3.2 billion.