The IRS offers a $625,000 bounty to anyone who can break Monero and Lightning 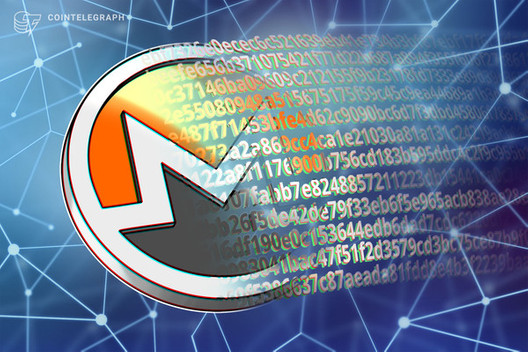 The United States Internal Revenue Services (IRS) has offered a bounty of up to $625,000 to anyone who can break purportedly untraceable privacy coins like Monero (XMR) as well as trace transactions on Bitcoin’s (BTC) Lightning Network.

The official proposal, published last week, says the IRS will accept submissions in the form of working prototypes until September 16. If accepted, applicants will receive an initial payment of $500,000.

This grant will allow applicants to develop their prototype into a working concept over the next eight months. Once the pilot test is complete and approved by the government a further $125,000 grant will be awarded.

IRS-CI is seeking a solution with one or more contractors to provide innovative solutions for tracing and attribution of privacy coins, such as expert tools, data, source code, algorithms, and software development services.

The announcement defines the initiative’s primary objectives as helping IRS Criminal Investigation (CI) special agents to trace transactions, including identifying wallets, transaction dates and times, and amounts transferred. The agency hopes to use the tools to predict the future transactions of flagged addresses. The final products must also provide CI full control with the ability to further develop or modify them, so the organization does not have to rely on any external vendors.

Monero is one of the preferred virtual currencies among criminal organizations, over more traceable crypto assets like Bitcoin. The IRS noted that XMR is being used for all future ransom demands and transactions by ransomware group Sodinokibi due to its “privacy concerns”.

Demand for privacy coins among criminal syndicates has grown as authorities increased their crypto forensics capabilities and employ the capabilities of private contractors like Chainalysis. In recent years, Chainalysis has assisted law enforcement in tracking Bitcoin and other cryptocurrency transactions to successfully fight child abuse, money laundering, and terrorist financing. Last month, Chainalysis was integral in the take down of three terrorist organizations.

Privacy coins are a key strategy to help criminals obfuscate their transactions, with the IRS stating:

Currently, there are limited investigative resources for tracing transactions involving privacy cryptocurrency coins such as Monero or other off-chain transactions that provide privacy to illicit actors.

Blockchain analytics firm CypherTrace claims to have a new tool that can trace Monero transactions, although its capabilities are yet to be confirmed. The company announced that the tool, which took more than a year to develop, will be used by the U.S. Department of Homeland Security. CipherTrace chief financial analyst John Jeffries said the tool can track stolen Monero, or XMR used for illegal transactions, back to the source such as in ransomware cases.