VR And AR Technology Use Post-COVID 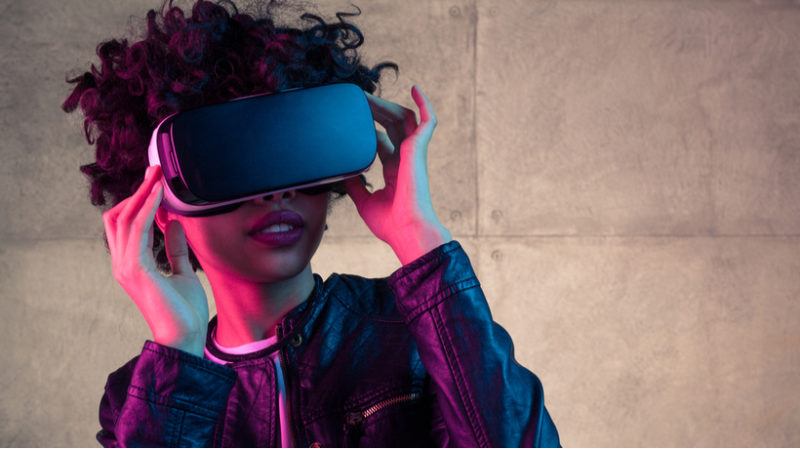 AR And VR Use Post-COVID: What Will The Future Hold?

A few months ago, few people thought that we’d be living in a pandemic-stricken world for very long. As the virus continues to surge in the United States, however, we’re settling into the reality that this crisis will continue to loom large throughout 2020 and probably into 2021. Because of this, people are starting to get creative with how they work, play, and socialize while minimizing contact. Video chat has become a staple for team meetings and drinks with friends, and we’re all learning to live our lives virtually. That shift could mean big things for the VR (Virtual Reality) and AR (Augmented Reality) industries in the years to come. Right now, the market is crying out for more fulfilling virtual experiences. Will there be a boom in the demand and applications of VR and AR after COVID-19 as a result? Here are some of the possibilities.

If you’ve been following the AR/VR market to any degree, it might seem like things have cooled off a little recently. A few years ago, VR gaming headsets, like the Oculus and the Vive, were all over the media, Pokémon Go was all the rage, and the promise of VR concerts and sporting events was on the horizon.

Today, these options are still available, but the industry has begun to pivot toward the enterprise customer, not the average consumer looking for entertainment. At a high device price point and not too much in the way of content available for VR, the technology, though impressive, isn’t quite alluring enough to the average person.

With that said, enterprise uses are expanding for a few reasons. Companies can afford to purchase the equipment and VR can be used for applications like advanced training. VR is alive and well, but the industry’s priorities have shifted—for now.

Impact Of AR/VR Could Be Expansive

Enterprise AR and VR could become extremely valuable in a wide range of contexts. Many people have heard about VR being used in professional sports to train players without risking injury during practices, but there are many more potential uses in a wide variety of professional fields and industries. The impact of AR and VR could be expansive, improving safety and efficiency in workplaces all over the world.

Construction, for instance, which is an industry that is plagued by inefficiencies and safety issues, could really benefit from AR and VR applications. Some of the opportunities for improving construction using VR and AR [1] include enhanced training, virtual tours, tools for planning and execution, and spotting design issues.

Could VR Be Utilized As An Online Education Tool?

With many valid concerns about children returning to school in the fall, educators, lawmakers, and parents are scrambling to come up with solutions. While some plans involve part-time classroom attendance, many are lobbying for all-virtual education until the pandemic is under control.

Understanding the shortcomings of current eLearning options, could VR be a valid option for engaging kids in online learning? Kids need interaction to build positive behavior [2], and it’s difficult to replicate the classroom experience through video and text chat. While purchasing VR equipment for students to use at home would be expensive, it could be a safe way to help kids learn and socialize more effectively.

Maybe Remote Work And Online Learning Could Be The Boost VR Needed?

Growth in the VR industry has been surprisingly quiet over the last few years. Consumers look at it as something that will not be fully immersive or practical for many years and its inaccessible price point has kept many from using the technology. With all the remote school and work that’s been going on during the pandemic, though, it’s very possible that we’ll soon see a boost in the popularity of VR and the number of applications for its use.

We’re still a long way from inexpensive VR technology that fully immerses you in a virtual world. But as the entire globe realizes the shortcomings of video, it seems likely that there will be a push for better VR and AR technology in the near future. Thanks to COVID-19, we now know the value of being in the same physical space as someone else—or at least believing you are.

[1] How Augmented and Virtual Reality Can Boost Productivity in Construction

[2] How to Encourage Positive Behavior in Developing Children