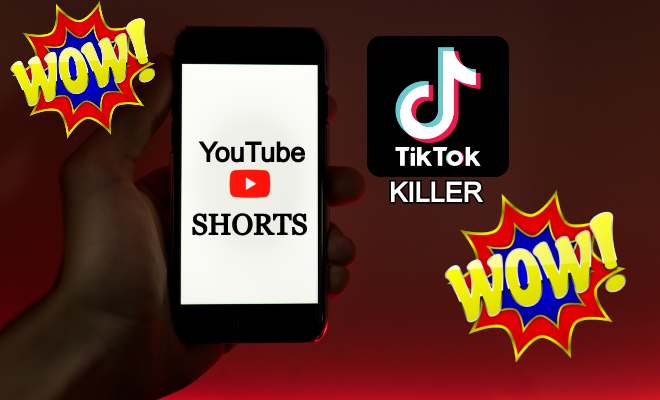 In April, The data announced that YouTube worked on a new video option makes short videos that look like Tiktok videos, which would live within YouTube, offering a new track for YouTubers to take advantage of the trendy fifteen-second videos.

“We’re testing out a new way for creators to easily record multiple clips directly in the YouTube mobile app and upload as one video. If you’re in this experiment, you’ll see an option to ‘create a video’ in the mobile upload flow. Tap or hold the record button to record your first clip, then tap again or release the button to stop recording that clip. Repeat these steps until you’re done capturing footage up to a maximum length of 15 seconds.”

There are no so many details about the feature until now, and we don’t know how it looks like. If so, definitely, the UI will look forward to increasing TikTok anyway. However, the 15-second length and the multi-clip features look so much TikTokish.

The original report on the feature noted that:

“Shorts will include a feed of brief videos posted by users inside the Google-owned app and will take advantage of the video service’s catalog of licensed music, songs from which will be available to use as soundtracks for the videos created by users.”

So, the short videos with highlighting setting them to music. It’s obvious that Youtube is copying TikTok’s main feature, which negates the growth of the application. Also, Instagram has expanded the ‘Reels’ feature for more countries which is also TikTok like feature in the videos.

The most interesting part is, in any case, that Youtube and Instagram are both launching new separated applications for this feature. Rather, both of them are taking advantage of TikTok in their huge audience.

TikTok’s UI works especially right due to its obligation – when you’re in TikTok, it’s so easy to go between streams of various videos and be taken into a lot of hashtag trends, pulling you deeper is the application experience.

YouTube and Instagram both obviously know this well. However, keeping these new features in their basic applications means that they are able to utilize their present tools of monetization as an appeal to hold on top users from looking to keep on trend by going to a new application – or probably it will offer a road for reassigning TikTok content, improving upload chances to the maximum.

With such a little amount of information, though, it’s hard to state if YouTube’s new feature will function. It’s clear, and it’s YouTube’s strengths. However, will the audience need to watch short videos in their YouTube stream?

We don’t know this yet. Now, YouTube is releasing a test for a little group of users on IOS and Android, before choosing if they will move forward with the feature.