Disclaimer: The findings of the following article attempt to analyze the emerging patterns in Litecoin’s long-term market and its impact on the price

The digital silver, Litecoin has been stuck under the $50-level for the past few days now, with its immediate resistance on the charts marked at $49.68. While the downward pressure in the market has been pushing the value of LTC lower, a change in the prevailing price trend could be seen for Litecoin, at the time of writing. 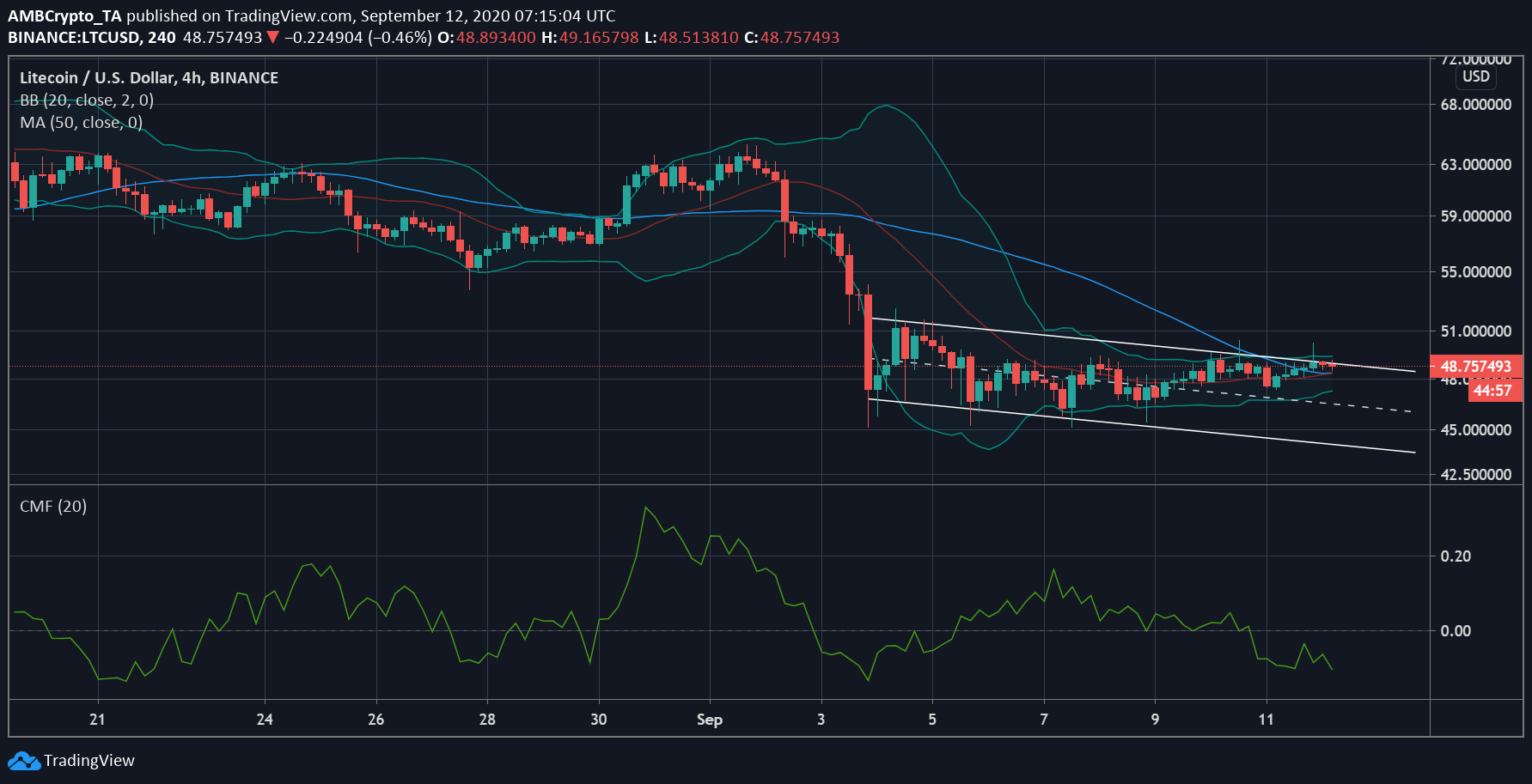 Litecoin’s price has been forming lower highs and lower lows on the charts over the past few days. Such price movement was highlighted by a descending channel pattern, one that suggested a breakdown in the crypto-asset’s price. However, at the time of writing, the market appearance seemed to be changing for the better.

LTC’s 50-moving average, while it once remained dominant above the candlesticks, soon moved under the price candles. With the price exhibiting minimal deflection, the volatility seemed to fall on the charts as well. This was affirmed by the convergence of the Bollinger Bands. Further, the Signal line was also observed to be cruising under the price bars, a sign of a possible upwards push in the value of Litecoin.

Although the Bollinger Bands pointed to a trend reversal, the Chaikin Money Flow suggested that traders were actively selling the digital asset.

The visible range noted that Litecoin was at a crucial juncture and was torn between picking a bullish or a bearish lane. At the time of writing, the value of the crypto-asset was at a highly traded point or the point of control. The $48.76-level was acting as a support for the price to break away from the bearish pattern. However, the breakout could only be confirmed if the price breaks away from the channel line.

The visible range has also been showing low volume nodes on an upwards journey, which could be a result of the sell-off that took place in the given period.

Litecoin’s price was at a deflection point, at press time, and it could either surge or sink from here. If the crypto-asset has to go upwards, it may breach $49.14. If the value of the crypto-asset sinks, it may find support at $48.24 and $48.07.